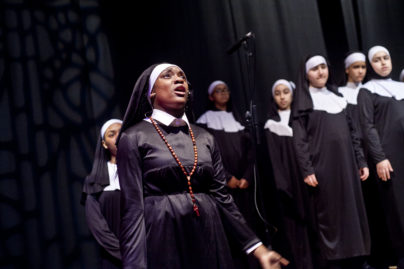 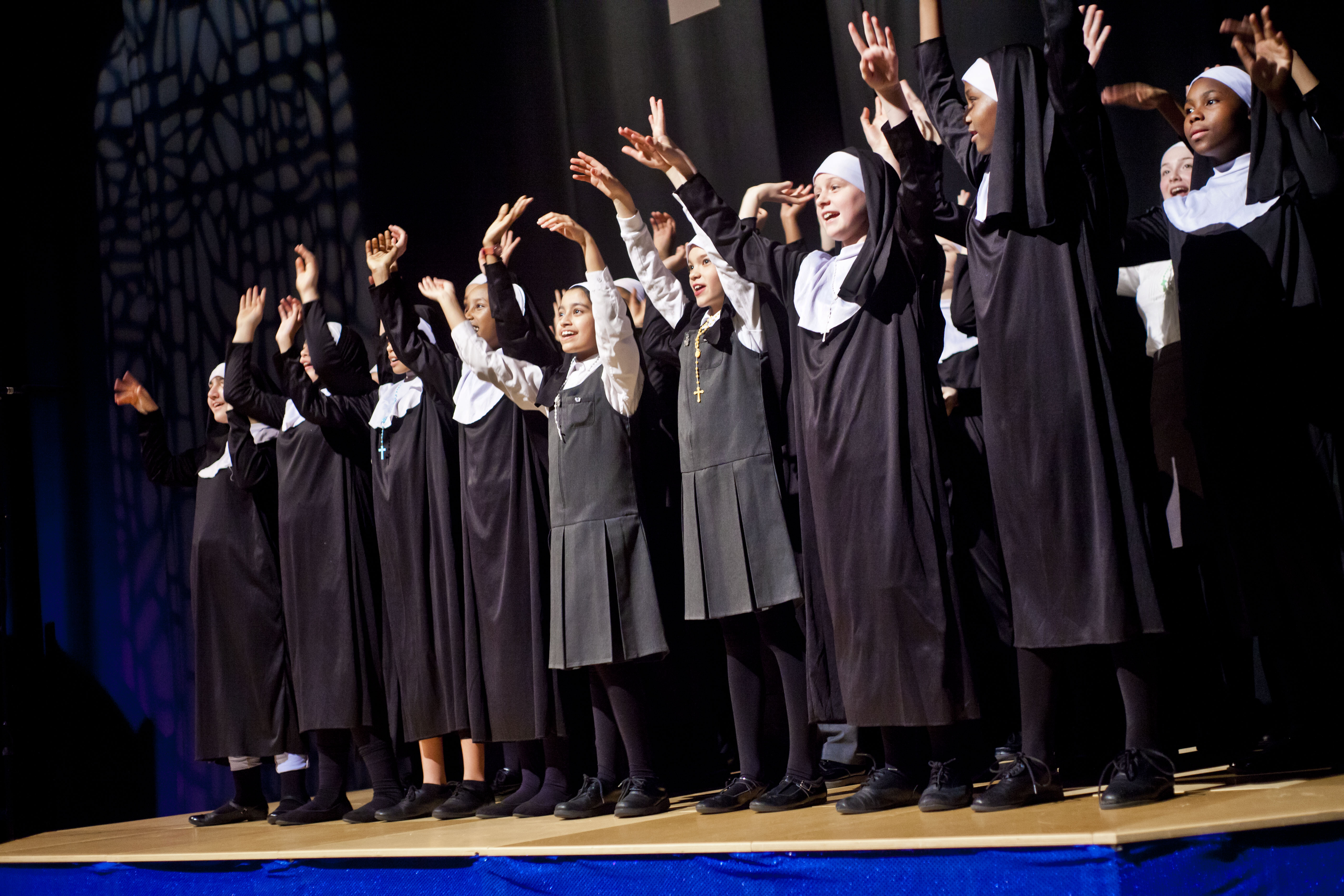 Hammersmith Academy’s annual musical is the highlight of the performing calendar. This year’s production was Sister Act, a musical based on the cult classic 90s film staring Whoopi Goldberg as a Las Vegas showgirl on the run after witnessing a crime.

The Drama department began auditions back in October 2018 and from the moment the cast and crew were chosen, students worked hard after school and weekends to perfect their routines and musical numbers. 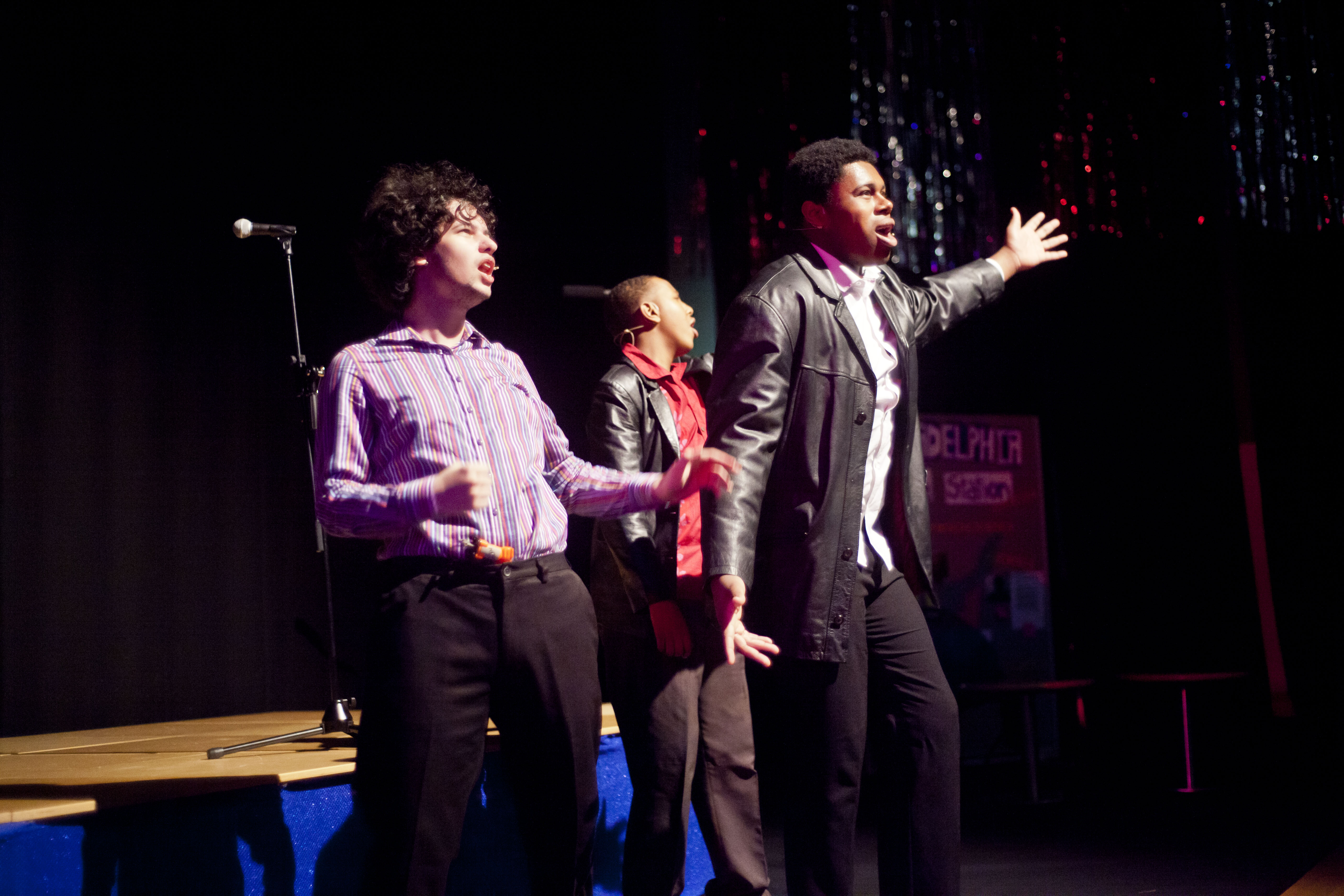 This was one of the most ambitious productions to date with the largest cast and crew ever to grace the Academy’s theatre. Sourcing costumes was a real challenge for the team given how large the cast was!

Creating sets that portrayed the atmosphere of Las Vegas and a Catholic church required much imagination from the tech and facilities departments.
The show ran for two nights in January with both shows sold out and judging by the audiences’ reaction, the students pulled off an incredible performance.

It was great to see so many Year 7s making their musical debut at this production. For others it was the last time they will get to participate in a school production. We say goodbye to Diaz, Jason, Sandro, Shomar and Danielle who are in Year 13 and have been key parts of the previous shows here.