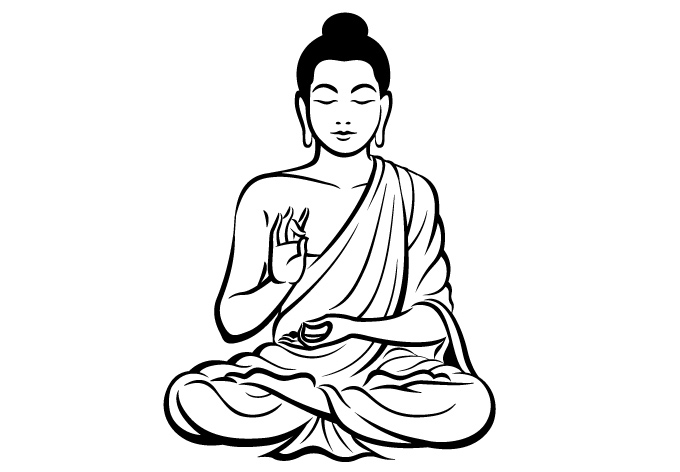 Gautama Buddha, commonly known as the Buddha, is recognised by Buddhists as an enlightened teacher who taught that suffering could be prevented through the elimination of ignorance and craving.wall decal buddha s

The thought for this week is commonly attributed to the Buddha,

however as this article points out, probably erroneously. The article cites a more accurate quote, with a similar sentiment:

“Whatever a monk keeps pursuing with his thinking and pondering, that becomes the inclination of his awareness.”

Both point to the well-known concept of mind over matter.

There are a variety of different ways this sentiment can be taken, but it fits in with our growth mindset ethos very well.

We now know that the brain creates connections between neurons, whenever we learn something new, creating what are called ‘neural pathways’ that shape and guide our perception of the world. The more something is repeated to us, the stronger these pathways become. Just as the same path in a field, trodden every day, will create a visible muddy line, which encourages people to follow and tread it down further, so neural pathways become imprinted in the mind. When we’re young the brain is firing on all cylinders, with an overwhelming degree of new experiences. Our mind is a grassy field. As we get older these pathways become set and we become less flexible in our ability to replace them with different or conflicting information. This can have both positive and negative effects. The positive is, evidently, how we learn and retain information. By repeating an activity consistently, we can acquire new skills and talents. Through hard work and persistence, a person can become ‘talented’ at almost anything. This goes against our common perception of ‘talent’ as something that is magically handed down at birth, with little to no effort at all.

However, as we get older we also start to cement attitudes and ideas about ourselves and others. This is why it is thought to be difficult to pick up skills later in life, especially ones that are vastly different from your everyday experiences. Learning a new language, a new musical instrument, or changing your attitude of the world, require considerable time and effort because you are not only trying to create new neural pathways, but you are also competing with already existing and much stronger pathways. Negative attitudes, built up over time, can be a real hindrance to progress. Attitudes such as ‘I can’t do this’, ‘I’m stupid’, ‘nobody thinks I am capable’, for example, can become strong neural pathways and discourage any other possible pathways from use. Picking up a guitar for the first time, you are not primed to start learning straight away, but are instead numbed by the little voice that says ‘put that down, there’s no point’. It would be like constantly walking a different route across the field every day, in the attempt to create a new path in place of the old one, whilst others are still walking along the old one, imprinting it further.

Some people have interpreted Buddha’s words as saying that, with the power of the mind the body can do literally anything. I don’t believe that; flying, for example, is clearly not possible, no matter how much you tell yourself it is. However, there are what seem like impossible feats that only certain people can ever reach, whereas in fact the only thing stopping you from achieving similar feats yourself is your mind. Creating those negative neural pathways, ‘I can’t do this’, ‘there’s no point in trying’ early on, imprint the muddy path away from progress and learning. However, if we can instil positive attitudes in our children, when their minds are at their most accepting and flexible – that ‘I can achieve great things’, ‘I believe in myself, first and foremost’, ‘ the world is a better place for my talents’ –  then whatever our students think can become, they can become.

View all posts by richardh →
Motivation will almost always beat mere talent
Be a reflection of what you’d like to see in others!