STEM students get competitive at this year’s First Lego League. Ms Ferrell reports from the event. 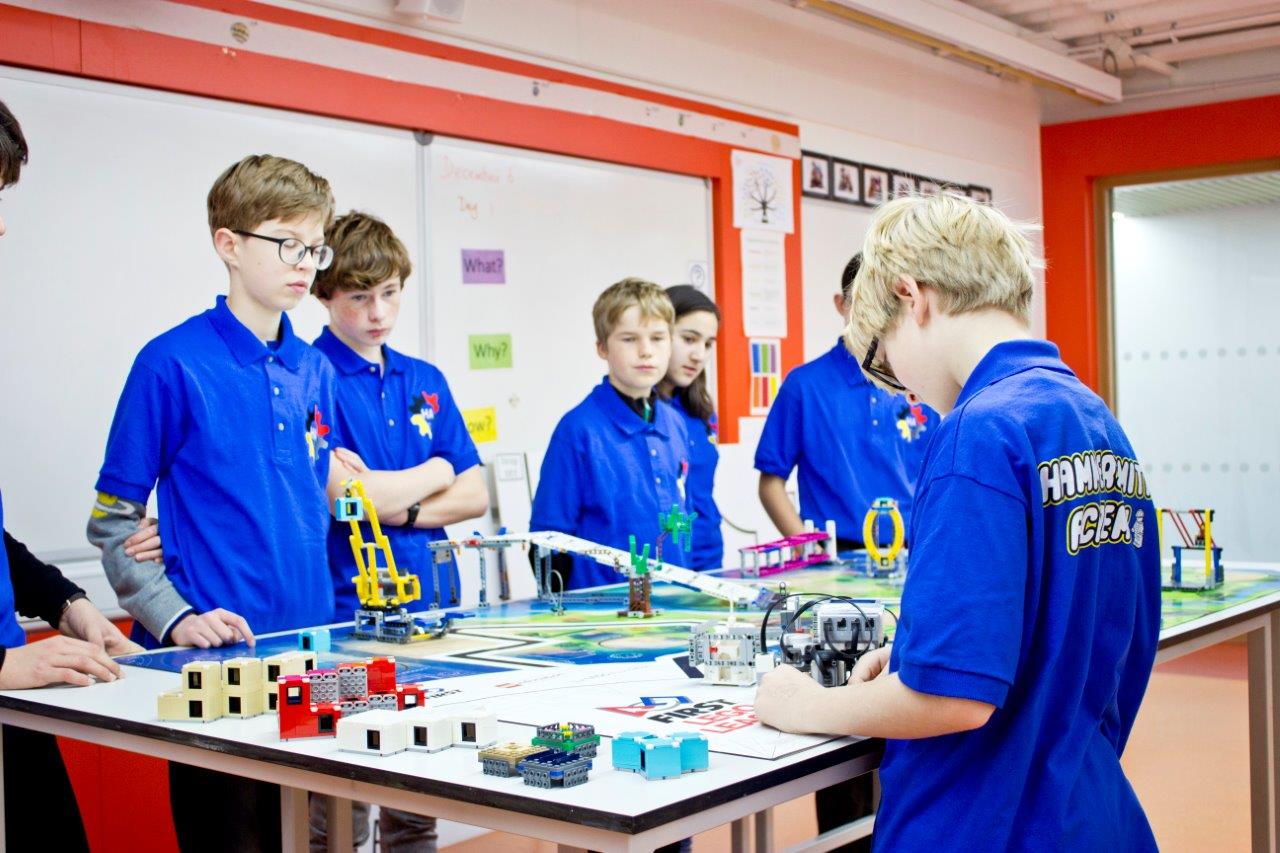 FIRST® LEGO® League is a global STEM challenge that aims to encourage an interest in real world design and engineering themes and develop key skills crucial for future careers. Young people work together to explore a given topic and to design, build and programme an autonomous LEGO® robot to solve a series of missions.

The League is for students aged 9-16 years, working in teams of up to 10 students with a supporting adult coach. Each year the league releases a new challenge that involves a robot game and a research project. This year’s tournament was held at America School in London.

The competition has provided an exciting annual opportunity for Hammersmith Academy STEM students in Years 8 and 9 to explore, collaborate and problem solve; ultimately building and programming a robot, capable of autonomously completing a series of challenges during the tournament.

To prepare, the team divided into subgroups of expertise to tackle the architecture-themed missions, as well as building the presentations and props. They worked hard both before and after school, and received professional support from Worshipful Company of Information Technologists member and Head of Engineering at Popsa- Alex Bilbie, who helped them to strategise, and maximise the potential of their robot.

Core Values & Team leader, Liyan (Year 9) said, “I learnt the importance of working in a team and how much input from others can improve the quality of your work. I am really glad that I took part because I was able to learn different skills and have fun with challenges.” 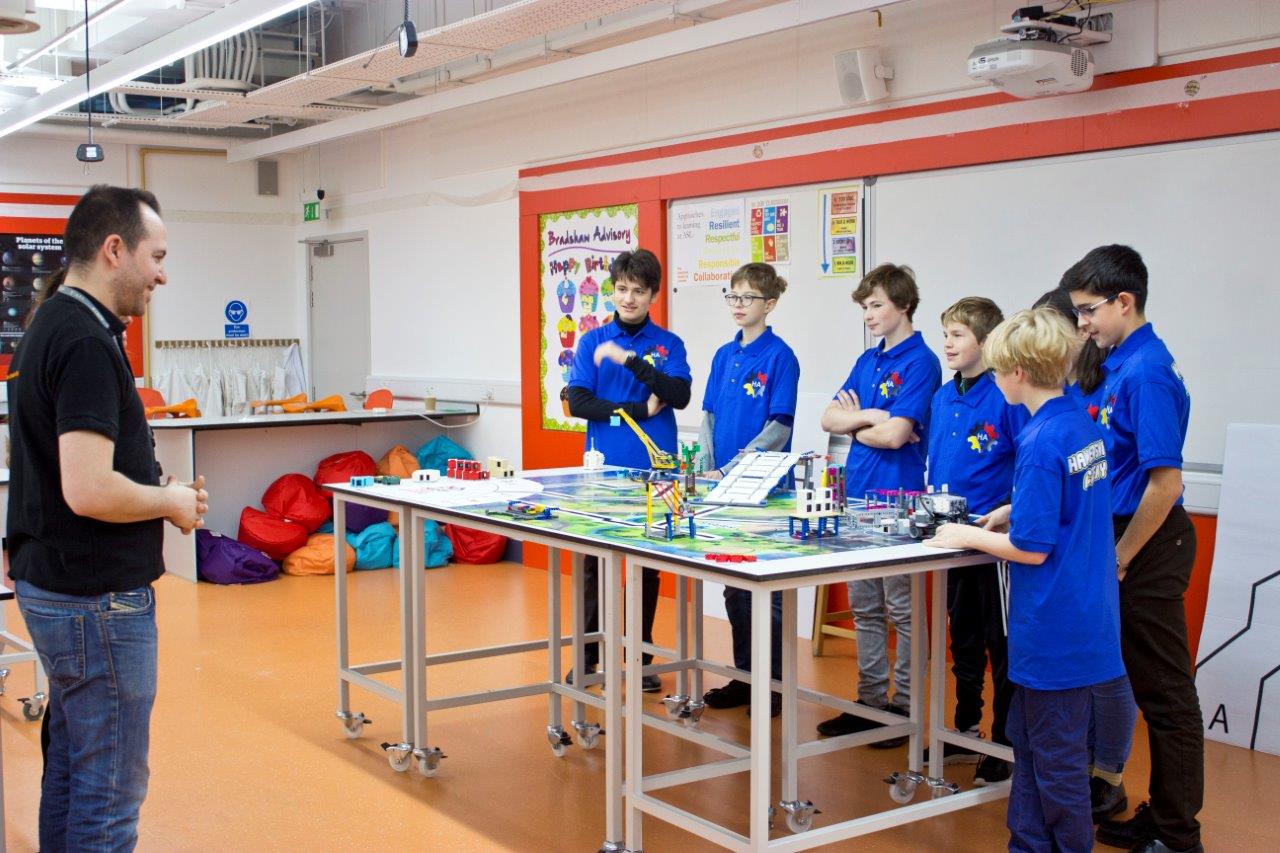 The team improved on last year’s competition where they were not able to score enough points in the robot challenge. They clearly learnt from that experience and demonstrated more determination to put Hammersmith Academy on the scoreboard. They presented confidently through the series, sharing their architectural design solution and demonstrating the FIRST® LEGO® League Core Values which include innovation and inclusion. The team performed particularly well in this round, and were judged as ‘exemplary’ by the panel in the teamwork and professionalism categories.

The investment of time and reflection on their past experiences paid off and this year they achieved a very commendable 165 points, placing them in the top 10 of the leader board. The Hammersmith Academy team members completed the tournament day proudly and left in high spirits, excitedly planning their return.
With a bit of reflection, extra practise and resilience, the HA team believe that they will be a force to be reckoned with next year!