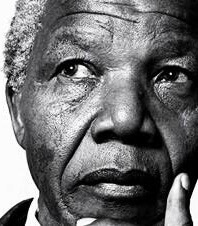 In order to think about this quote from Nelson Mandela it’s important to define exactly what we mean by ‘impossibility’. This may sound like an odd thing to do, as what could be more clearly defined? But, in my experience, no matter how rigid a concept, the further it is studied or considered, the more unstable it becomes. Just like bashing your hand down on a flat metal surface – what could be more solid and stable? – if we look closer, even if you have to go down to a microscopic or quantum level, suddenly, what was once immovably solid, evaporates into vibrating, invisible clusters of energy composed more of space than matter.

We hold on to definitive ideas like True and False, Right and Wrong, Real and Not Real, Possible and Impossible, because they give clarity and structure to our lives. A life without rules, although perhaps enticing – especially for our students – can also be overwhelming, chaotic, terrifying. If there are no consequences to anything, how can there be any meaning? One of the reasons, I believe, that society doesn’t dissolve into disorder and chaos, and that we are relatively happy to abide by rules and laws*, is that the universe in which we live is demonstrably governed by rules. We can see the consequences of certain actions every day. We know that we can be physically or emotionally affected by our own actions or the actions of those around us, even if we try and convince ourselves otherwise. No amount of ‘anything is possible’ will allow you to suddenly be able to jump unaided off a building and start flying. Life has limitations. There may be a whole range of philosophies and ideas and qualifying statements that seek to break down those limitations, but it doesn’t take much to have those limitations explicitly reasserted. As Mike Tyson once said: “Everybody has a plan until they get punched in the face”.

So how do we marry the inflexibility of our day to day experience and the flexibility of the constantly changing state of things? I suggest that a key component is Time. Time is a fascinating and infuriating thing. It seems to be inconsistent and fluid – some afternoons drag on for ever, some weeks fly by in an instant – but we live every hour, every minute, every second whether we like it or not. Obviously Time – along with everything else – is down to our perception of it, and this may explain why it is so erratic, but it cannot be avoided. What’s gone is gone and this time tomorrow is always 24 hours away. (Although, ironically even this will change in time, as our days are structured by the movement of the Earth around the Sun, and one day these will too morph and shift). I feel like all statements like ‘anything is possible’ should be qualified with in time. Can I suddenly achieve everything I want to in life RIGHT NOW? Can I be a world class chess player, boxer or astronaut by the end of the week? Of course not. But given enough time – and effort – indeed, anything is possible.

Malcolm Gladwell’s Outliers made infamous the concept of the 10,000 hours rule, that suggests that filling that amount of time with meaningful practise at any discipline, regardless of where you started from, will make you a master of that discipline. Never played golf before? Give it 10,000 hours and you’ll be the next Tiger Woods. This fits neatly into our school philosophy of the Growth Mindset, which rejects the idea of talent as a predetermined birth-right and instead defines it as something that is developed over time. Although it is tempting to see geniuses – Mozart, Federer, Einstein – as simply just Being, it is far more likely that they, from an early age, constantly worked at their chosen subject with an enthusiasm and an abandon at the expense of everything else. The reason that they excel is, basically, because they worked harder than everyone else. Of course it is more complex than that. Gladwell also argues that many of these ‘outliers’ had hugely advantageous backgrounds and fortune in terms of excelling in their field. He uses Bill Gates as an example: born in 1955 Gates was old enough to take advantage of the opportunities that opened up with the introduction, in 1975, of the Altair 8800, the first do-it-yourself computer kit, but he wasn’t so old as to be too settled in his life to take a leap of faith. He was also fortunate to attend Lakeside, a private school in Seattle with its own computer – almost unheard of at the time. Gates had access to something few others did, as well as the passion, and had thousands of hours of programming under his belt when the Altair became available, making him perfectly prepared to take maximum advantage of the PC revolution.

Can a single 42 year old mother of five living in the Sahara find 10,000 hours to be a champion Ice Skater? Unlikely. But is it impossible? Well, even with 10,000 hours of practise it’s pretty improbable. But it depends. It depends what you mean by ‘champion’, or even ‘ice skating’. It depends how you want to define anything about her achievement or successes. It depends how much she’s willing to sacrifice to achieve her goal. It depends who is willing to help her. It depends on whether someone coincidentally decides to open an ice rink a few sand dunes down. At the beginning of her quest it would obviously seem laughable. But then Jamaica did qualify for the Winter Olympics twice, finishing in 14th place in 1994, ahead of the United States, Russia, Australia and France, and winning gold in the World Push Championships in Monaco – despite it clearly being ridiculous and impossible for them to achieve any of that, given their starting point. So … who’s to say?

There are impossibilities in this world, but many of them come down to whether they can happen right now. Given enough time ‘impossible’ becomes ‘really quite incredibly unlikely and difficult’. But still achievable. Does anyone believe that, in time, we won’t find a cure for cancer? Or that war can’t be made redundant? There are many that are certain both will happen. Sometimes ‘impossible’ is short-hand for ‘inconceivable’. Could it be that a paraplegic could ever walk again? Or that a best friend may turn into a complete stranger? Or that the Sun won’t rise in the morning one day?

Nelson Mandela spent 27 years incarcerated as a political prisoner. If someone had sat him down in the middle of that stretch and said ‘you’re going to be president of this country’, he may have believed it, but nobody else would have done. Who would have thought, in 2002, a young, mixed race, senator from Illinois would become the next President of the United States? Who could have met Margaret Thatcher outside her father’s grocery shop in Grantham and said to themselves, she’ll be Prime Minister one day. It’s interesting how quickly what is remarkable becomes mundane. Thatcher is rarely thought of now as the first (and only) female PM, her name elicits, instead, strong opinions on how good, or how bad, she was for the country. She is characterised by her record, not by her gender.

Our students may look out at the world and see only certainties. It is our job to show them that, yes, there are rules and limitations, but no, given enough time and effort, it’s not impossible.

*Obviously this isn’t true for all societies, but the consequences of war and anarchy are loud and clear for anyone to see.

View all posts by richardh →
Failure is not falling but refusing to get up
Hot off the press!

Hammersmith Academy students spent the day at King’s House School Sports Ground where the England Men’s Rugby Team were training for their upcoming tour to Australia in July. Following the squad’s training session, Head Coach, Eddie Jones and his coaching staff put students through their paces with a training session of their own! Thank you […] 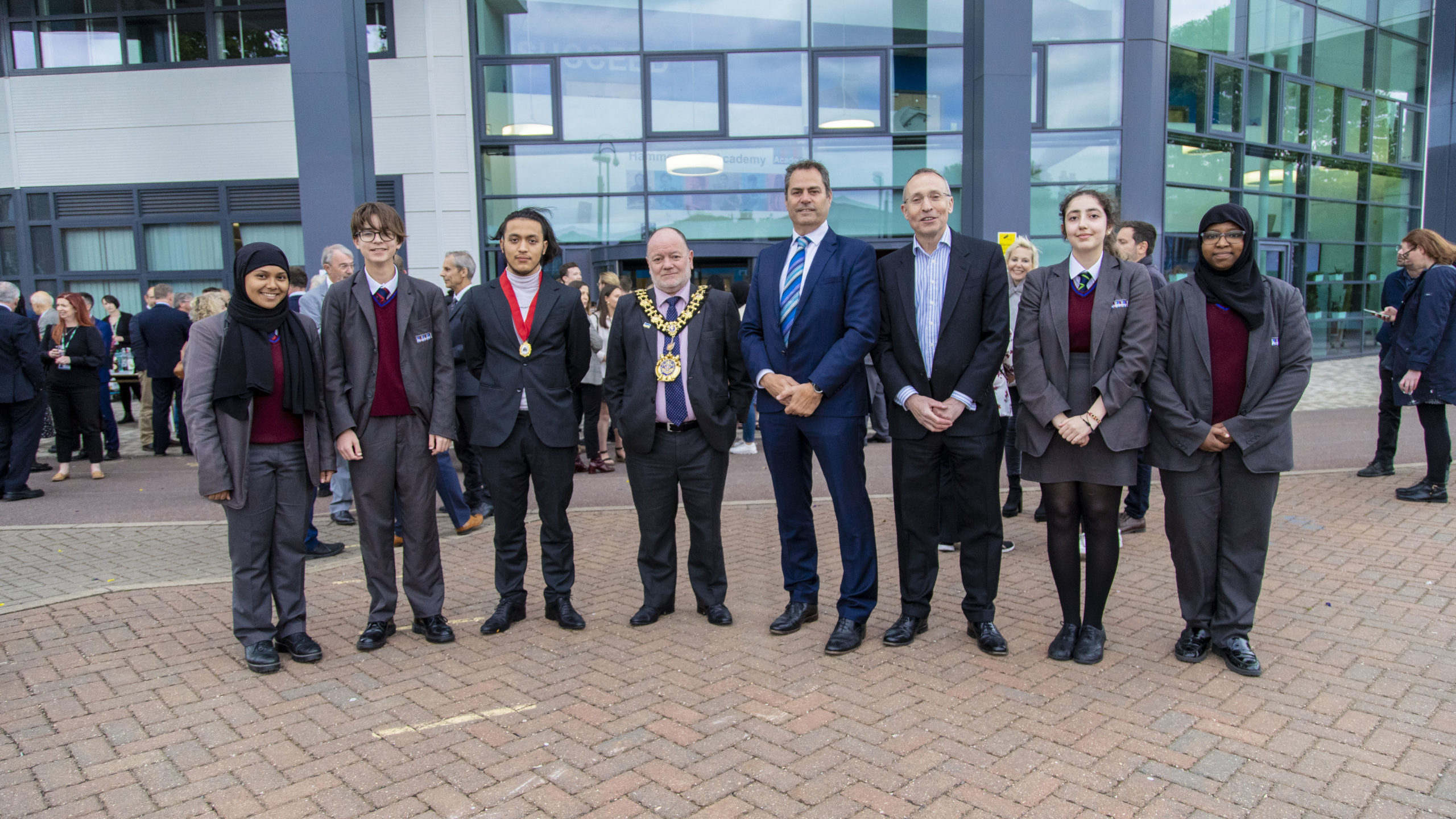 The Mayor of Hammersmith & Fulham, MP Andy Slaughter, and entrepreneur, philanthropist and Hammersmith Academy founder Tom Ilube CBE joined Headteacher, Gary Kynaston and guests to mark the Academy’s first decade. Since opening in September 2011, the Academy has gone on to educate 2,765 of the borough’s young people, providing them with a challenging modern […] 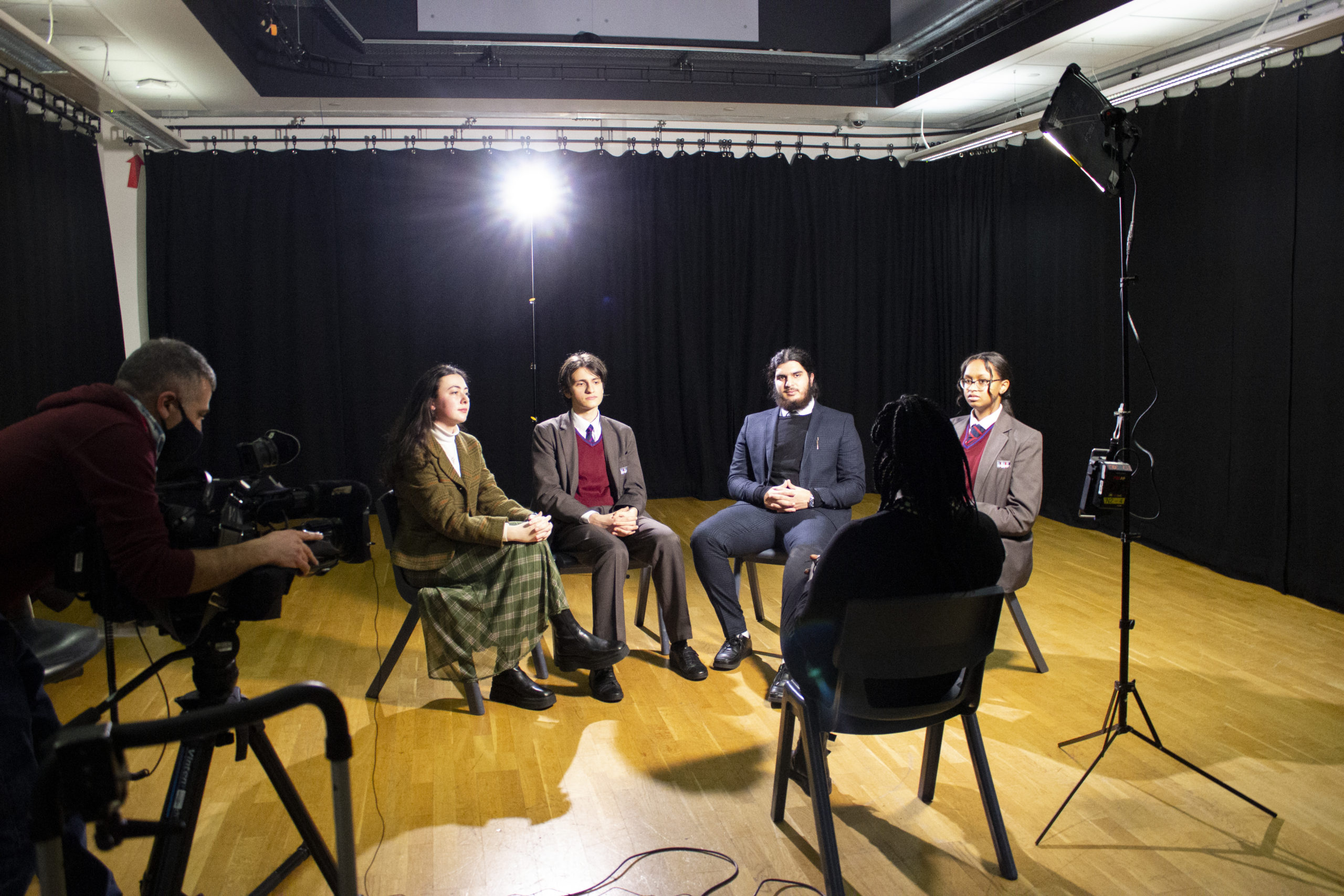