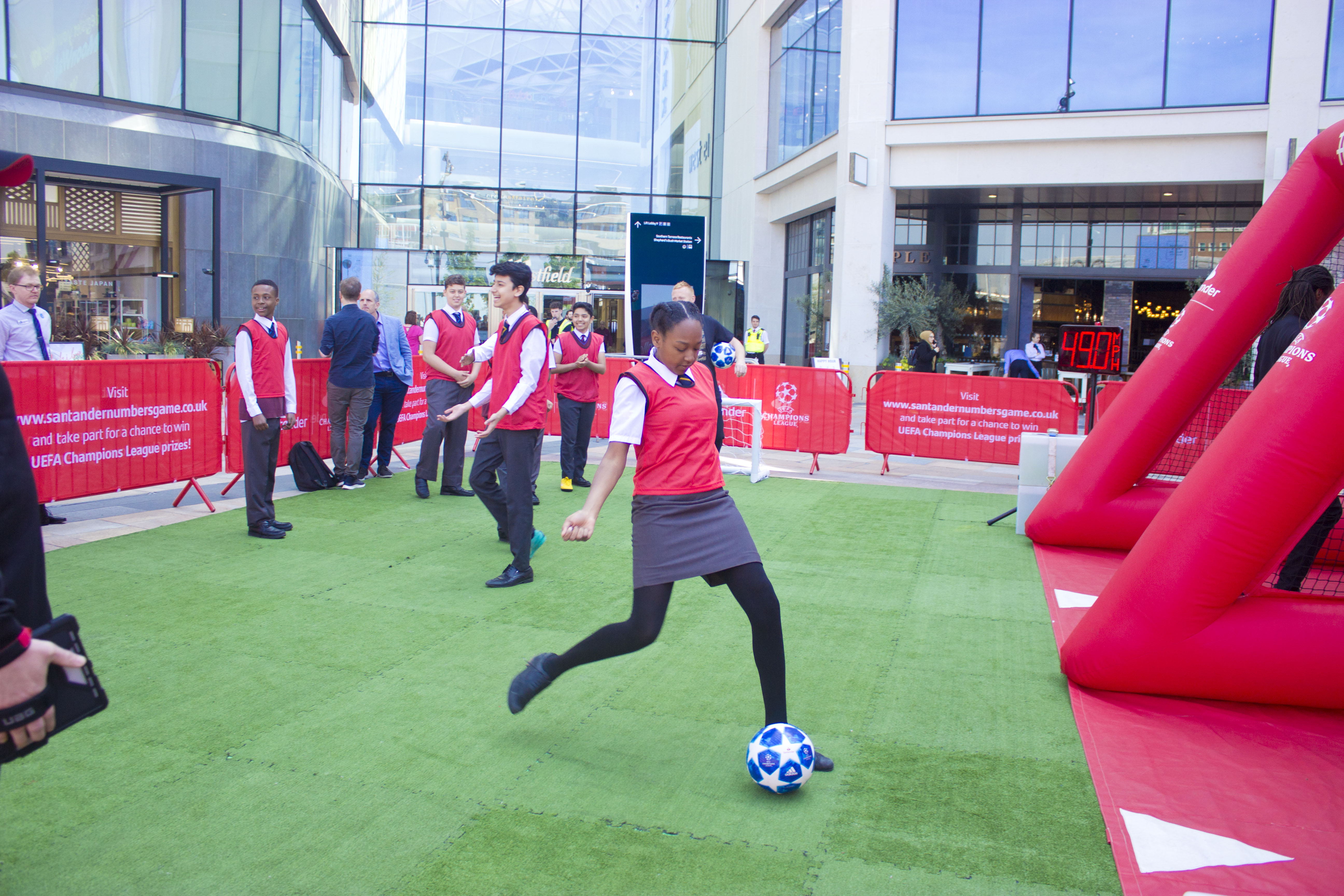 Santander’s ‘The Numbers Game’ Roadshow utilises the power of football and UEFA Champions League to highlight the importance of numeracy.

A huge 43 per cent of Brits regret not taking maths more seriously at a younger age, research by Santander has found. The younger generation are particularly affected, with Generation Z (18-24) having the least confidence when it comes to money management, followed by Millennials (24-38).

In response, Santander, official sponsor of the UEFA Champions League, is working in partnership with the charity National Numeracy to launch an educational football-themed roadshow – ‘The Numbers Game’ – aimed at raising awareness of the importance of numeracy and the crucial role numbers play in everyday life.

‘The Numbers Game’ Roadshow pulled up at Westfield London and Hammersmith Academy students were invited to welcome the Roadshow coming to London for the first time. Students appeared alongside Jeremy Lynch from the freestyling football duo F2Freesylers and World Record holder Dan Magness and attempted a range of taxing challenges. Jeremy said “We’re really excited to be touring the country with Santander to help inspire more young people with the power of numbers. Maths might seem to some like a dry school subject, but it’s so important to our everyday lives – whether it’s keeping on top of the latest football stats or looking after your finances.”

Students were split into two teams, competing against each other throughout the morning. The first event saw the students having to hit numbered targets to reach the correct totals whilst trying to achieve the fastest kick. 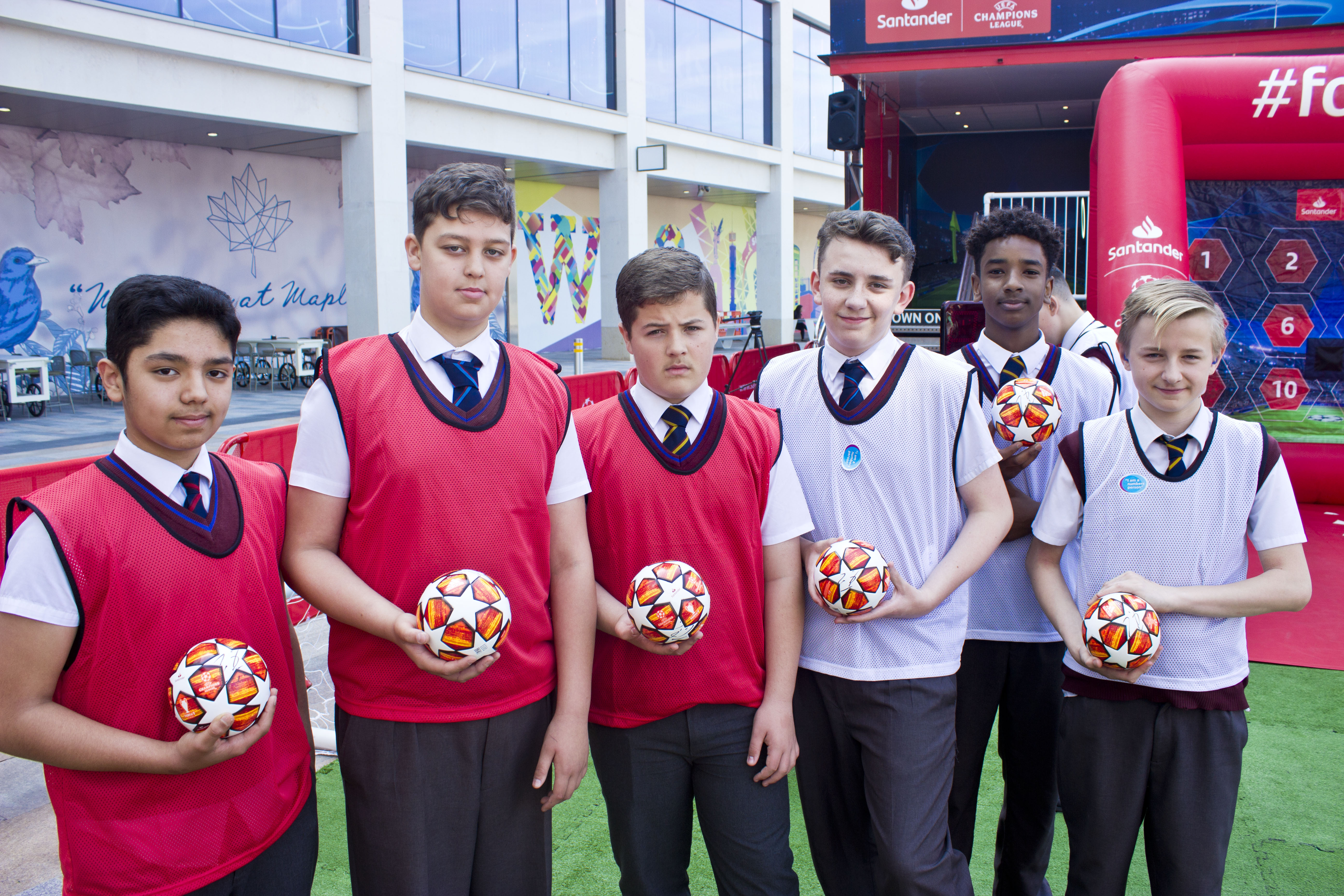 The second challenge of the day involved UEFA Champions League Statistics, where teams had to score the most points answering a series of complex questions which included stadium capacity, number of goals scored and ball possession by all the different teams in the league. The challenge ended with a mini football game between the two Hammersmith Academy sides, with each team joined by Jeremy Lynch from the F2Freestylers and Dan Magness.

Nathan Bostock, CEO of Santander UK, said: “How many points do you need to win the league or qualify for the UEFA Champions League? Will goal difference matter? Are we mathematically safe from relegation? As we enter the business end of the football season, it is all about the numbers and
that requires skill. We want to encourage greater appreciation and application of these numeracy skills in everyday life – especially when it comes to managing money and household budgeting. We should all be concerned about the amount of young people who do not feel in control of their finances
and, whilst there is no quick fix, we want to help raise awareness and improve numeracy through football’s widespread appeal.”

The launch was covered by media outlets from across London and two of the Academy’s students were interviewed by BBC about their experience of the event. Each student left with a football signed by the F2Freestylers.