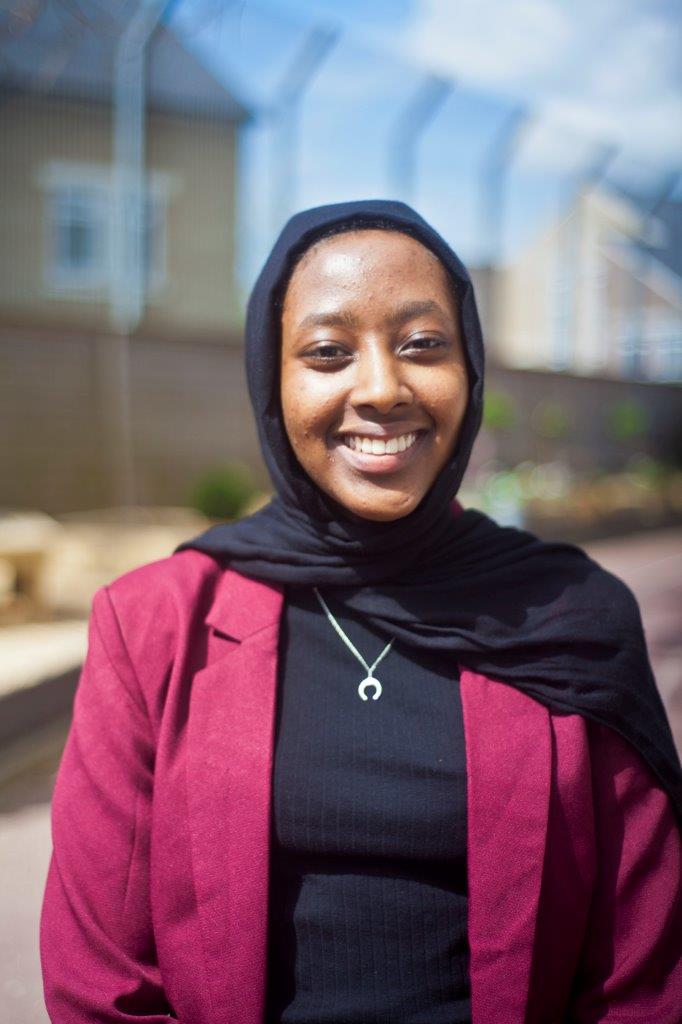 Hammersmith Academy Sixth Form student, Hadeel Elshak, was announced as the winner of our Breaking into News competition run in partnership with ITV News. The competition gives 10 budding journalists from across the UK the chance to be mentored by an ITV News journalist to create their own news report. Hadeel beat stiff competition to be crowned 2018 winner with her report on the impact the Grenfell tragedy has had on young people’s engagement in politics. She was interviewed by the Media Trust following her win.

Hadeel, you’ve just been announced as this year’s Breaking into News winner! How do you feel?
I’m speechless! Normally I have so much to say! I’m ecstatic and I feel honoured and very, very privileged to be given this platform to talk about something so close to my heart. It was just an amazing experience. I’ve met so many new people and I’ve learned so many new skills. I’m so happy.

Your report was on the impact the Grenfell tragedy has had on young people getting involved in politics. What was the inspiration behind your choice of topic?
I’m very passionate about young people in general. It’s important to foster an environment where they are given all kinds of different opportunities regardless of background. I use that passion through volunteering with Solidarity Sports, a children’s charity that work with young people that come from disadvantaged backgrounds. We aim to introduce them to a healthy lifestyle. Two children [Firdaws Hashim and her older brother Yahya] that went to our charity passed away in the Grenfell Tower fire with the rest of their family.

People were always saying Firdaws was going to be the next Prime Minister. Now, because she’s passed away we’ve missed out on the potential she had and the contributions that she could have made in society and globally as well. That got me thinking: how are other young people going to feel about politics after Grenfell? I found that when making my Breaking into News report, the majority of young people in North Kensington are harnessing those emotions. They are taking everything that they are feeling and using that as a drive and a force to not be seen as the victim, but to feel empowered and become involved with politics.

You asked some of the young people in your news report if they felt represented in politics today. Do you feel diversity in politics is important?
Well, as a politician your role is to serve the interest of people and if diversity and representation is lacking then who are you benefiting? You’re only benefiting a small group of people. Representation and diversity is so crucial in understanding people’s realities every day. In an ideal world everyone should feel represented and like they are being given an equal chance in society.

As a Breaking into News finalist, you wrote a blog for us in which you said you felt that a lack diversity in the media industry affected the way the Grenfell tragedy was reported. Why do you feel a diverse media industry is important?
I feel like diversity is incredibly important especially in a career like journalism. You are being given a big responsibility to vocalise people’s stories and people’s experiences and if you can’t relate or understand where people are coming from, then that will affect your story. I feel journalists are now far too distant from what they’re reporting on.

How do you think the media industry can start to address the lack of diversity?
Media Trust is a perfect example of giving that opportunity to people who want to get into the industry. I think getting into journalism, it tends to be based on who you know and nepotism and that isolates it to one class. That creates a lack of opportunity. First of all I think media companies need to recognise that there is a need for diversity. Then they need to make it more accessible. If they make it more accessible they’ll find amazing talent.

Do you feel like it’s starting to change?
I do, I really do. I think that we’ve still got a lot of work to do but it’s definitely starting to improve.

What are your plans for the future now that you’ve won the competition?
The next step is university. I’m going to study international development as I’m really concerned with social justice and I’d like to learn about it on a global scale. I’m planning to join societies like radio, newspaper. I am also hoping to secure some work experience placements in journalism.

What would you say to somebody who was considering applying to Breaking into News?
Go for it. Honestly don’t listen to that negative voice in your head. Honestly, it’s been said so many times before but what have you got to lose? You have everything to gain. It’s opened so many doors. Like the amount of things that I’ve got to do even before the Breaking into News final like go on BBC Radio London. I’ve been able to write an article for one of my favourite magazines, Gal-Dem. Just so many doors.