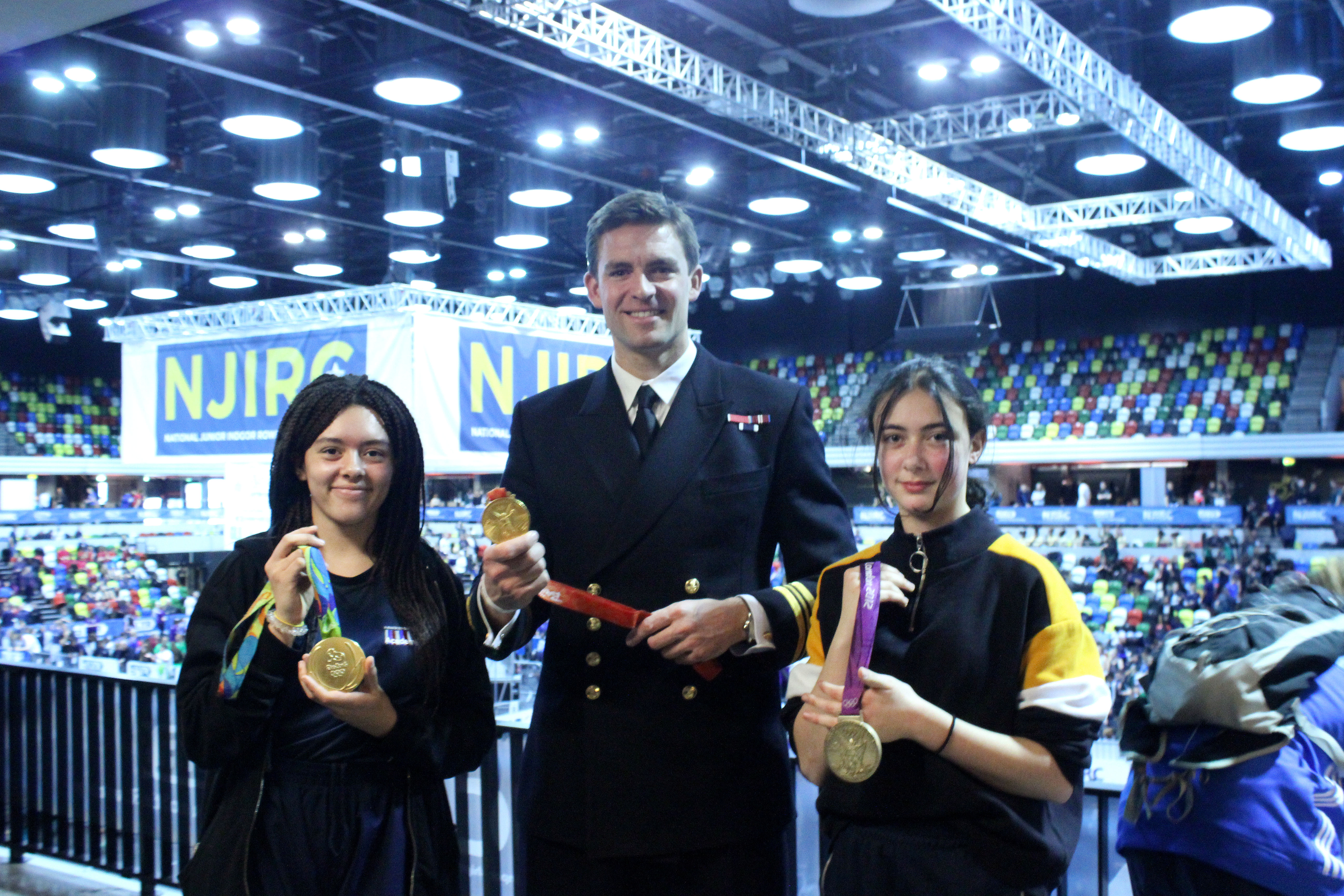 On Friday 15th March, Year 8 and Year 10 Academy rowers travelled to the Copper Box Arena in Stratford to compete against 1,700 young rowers.
Run by London Youth Rowing, the event is a legacy of London’s 2012 Olympic Games and is the biggest junior indoor rowing competition in the world.

Our young rowers competed in multiple rounds against other schools from across the London region throughout the day. There was some top performances from our side but ultimately they were beat

en by sides with much more rowing experience.

Overall, the event was a brilliant occasion for our rowers who not only experienced some top rowing and a feel for the competition level, but also had the opportunity to meet professional athletes.

VIP guests included three-time Olympic Champions Andrew Triggs-Hodge and Pete Reed. Some of our students were privileged enough to speak with them about their rowing experiences and even handle their Olympic medals.

Well done to all the competitors. They all left with a better understanding of competitive sport preparing them for future competitions.